It's a Holi--holiday, Part II

I've been home from Australia almost three weeks and have not found the time to share the second half of our amazing holiday with you.

When I left you I was sitting in my TGA's kitchen just outside lovely Holbrook; famous for being the half-way point between Sydney and Melbourne on the Hume highway and oddly, for its submarine...

With many, many tears we bid my family farewell and headed off into the mountains of Australia.  That must sound a bit odd, Australia is known for its beaches and the Outback.  Mountains, not so much.  But into the mountains we drove.  Through tiny towns, shouting at bloody tourists in campervans (slow-moving caravanners and campervanners need their own roads far, far away from the rest of us), until we reached the highest town in Australia - Cabramurra.  An interesting spot, Cabramurra.  It's part of the Snowy Mountains Scheme and is now only inhabited by those who work to service the Tumut 2 power station - you and I could never move there on a whim, we'd have to get a job at the power station. 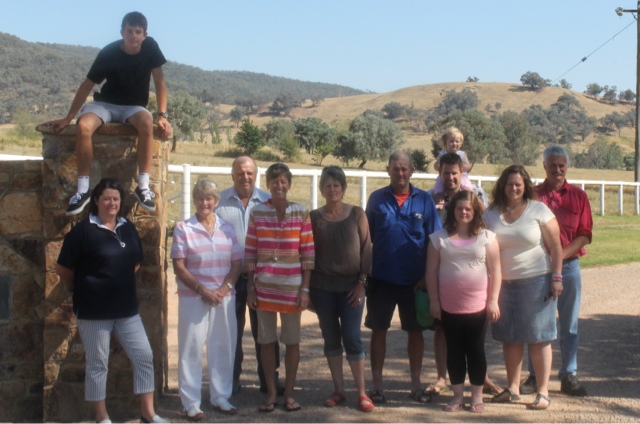 Jindabyne was our destination, and from Cabramurra we drove across would could possibly be referred to as The Roof of Australia to get there.  Areas to attach snow chains and ski areas were dotted through the landscape that hardly resembled the Australia I know and love at all. 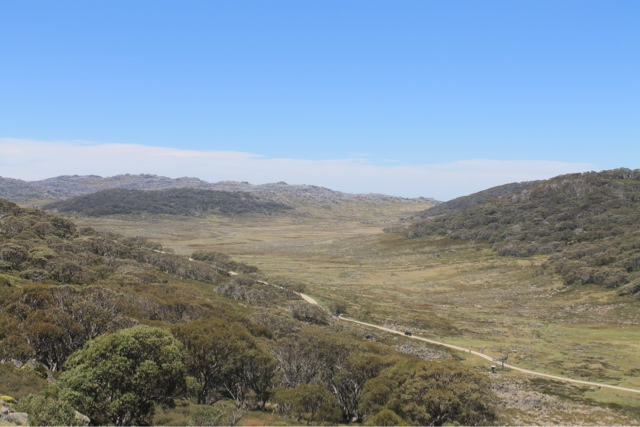 Our first stop in Jindabyne was the visitor information centre to find out the easiest way to get to the top of Mount Kosciuszko.  Turns out that the week between Christmas and New Year is the busiest time in the high country.  Who'd have thought?  You would imagine the place to be heaving during the winter months, but it seems that more people want to see in the New Year at Australia's highest point.

It also turned out that the shortest way to the top was a "leisurely" eight km hike that I just couldn't face.  Of course, because I was on holiday, I had to get Strep Throat.  So instead we drove over to Thredbo, which is one of the most famous ski resorts with the intention of taking the cable car to the top and taking in the views.  We paid $16 to get into the National Park (which was a bit steep in my opinion, considering Uluru Kata Tjuta NP was only $25 for three days when I worked there) and when we searched for prices for the cable car we discovered that it was $40.  Each!  There was no way on this earth we were going to pay $80 (plus whatever it would have cost for Raina) to take a cable car to the top of a hill, so we settled for a capuccino instead.  I was flabbergasted at how expensive Thredbo was, and how they could possibly justify that expense.  Again, I kept making the Uluru comparison. 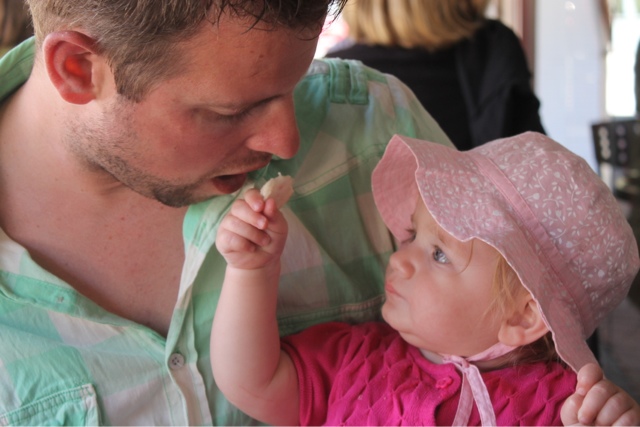 Because we wanted to at least see Mount Kosciuszko, we drove on to Charlotte Pass, which is the main departure point to hike to the top.  We walked to the look out and picked out Kosciuszko in the distance, while trying not to be blown off the side of the mountain and slapping each other to avoid being stung by the March flies. 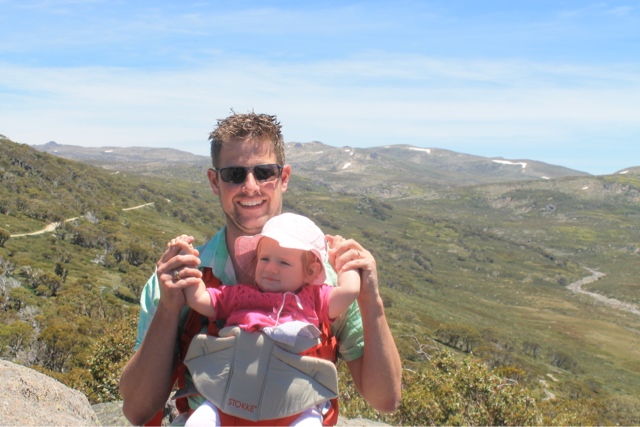 The scenery though, was absolutely breathtaking.  The azure blue sky was stunning and the geology spectacular.  Australia may not have the famous human history of Europe (although Aboriginal  history is rich, diverse and not to be ignored), but the geological history is to be seen to be believed.  Some of the earliest fossils are found in Australia (stromatolites), some of the oldest rock formations can be found in the Pilbara and other parts of Western Australia and millions of people visit Australia each year just to see the natural wonders of The Great Barrier Reef and Uluru.

Sorry about that.  A bit of "I'm a proud Aussie" thrown in there for good measure.

We left the Snowy Mountains for the coastal town of Eden.  We had initially tried to find accommodation in Eden, but the entire south coast of NSW was fully booked for school holidays, so we booked into the Hotel at Mallacoota, a very tiny beach town in the south east corner of Australia.

This town is one of the untouched gems that we as tourists love to find. While the town is growing, there is not much there except a pub, a couple of small supermarkets, a takeaway shop, a bakery and a couple of cafes.

We hired a boat and went cruising into the lakes area, spending the morning puttering along admiring the view. Well, that's what we did in theory. In practice I spent most of the time trying to keep Raina under control. It was also scorching hot, so I was trying to keep Raina out of the sun, make sure she had enough to drink, all the while trying to stop her from climbing overboard. Not that you would know it to look at the photo: 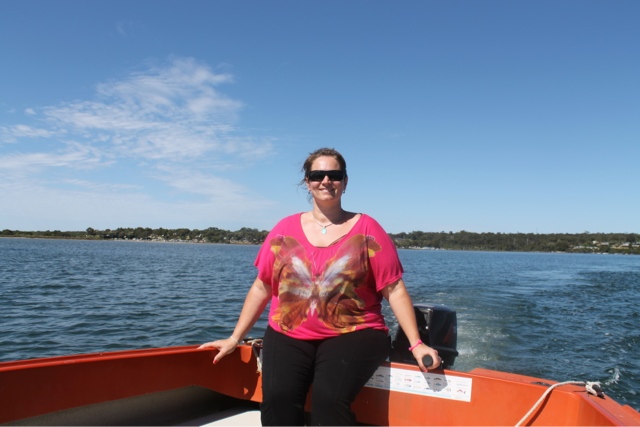 On our last morning in Mallacoota, because we were all awake at stupid o'clock, we jumped into the car and drove out to a gorgeous location called Secret Beach for a swim. There was not a soul to be seen, it was magical to have the whole place to ourselves (and the lovely biting flies). 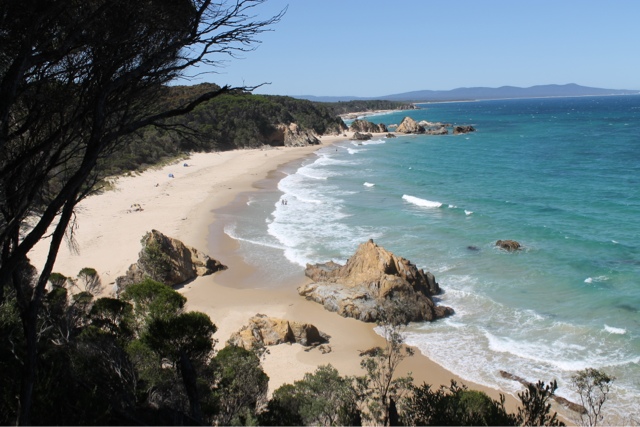 It was a bit cold for me to take a dip, but Maarten went in properly and we just had the best time wandering around being alone. 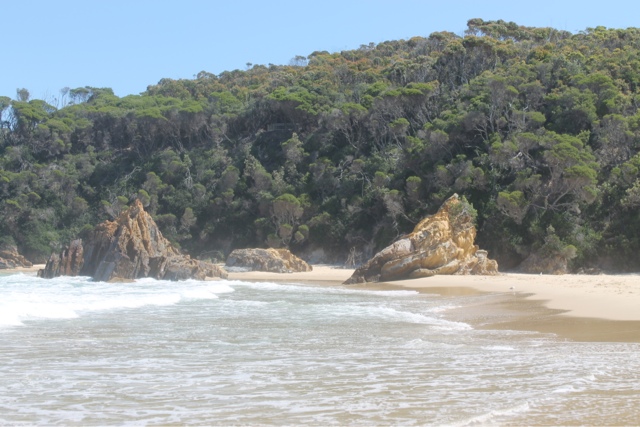 Our trip was starting to wind down, I was feeling the melancholy of having to leave soon, but there were still a few highlights to come! Our next stop was Lakes Entrance, and while underwhelming after the wonder of Mallacoota, I caught up with a dear, dear friend I haven't seen for a long time. Let's just say, two marriages, two kids and a divorce have taken place since we saw each other last!

We made the final push up through Melbourne and onto Mount Macedon to stay with Maarten's relatives for a few days before flying home and it was the perfect end to a wonderful trip. We spent more time with family and friends and visited Hanging Rock.

Have you ever heard of Hanging Rock? It was made famous by the book and movie Picnic at Hanging Rock, based on the mystery of a group of school girls disappearing in 1900. There are a load of interesting happenings going on and we experienced one phenomenon ourselves, where we stopped at a particular stretch in the road and the car started to roll uphill! While we can insist that it is an optical illusion, I'm telling you, we rolled right uphill, back towards Hanging Rock! It was like the the rock never wanted us to leave...

As we stood at the airport saying goodbye, I realised that this time it was the hardest. I spent time with so many of my beloved family and some of the best friends a person could ever want and I really didn't want to let them go. This time I really felt that I am missing out on so much. My cousins are almost all grown, my grandma just turned 80, friends are getting married and I feel deeply saddened not to be able to share every moment with everyone. I remind myself that I will return soon and I won't miss everything forever, but I have to keep convincing myself of that.

So, it was a bittersweet end to one of the loveliest trips of my life.

Thank you so much to the Gorgeous Kylie and her amazing father David for lending us their "spare" car for the trip. And to Lovely Brone for organising the hire of the car seat. We wouldn't have had such a wonderful experience if it wasn't for those guys.

If you haven't already, don't forget to read It's a Holi-Holiday, Part I!